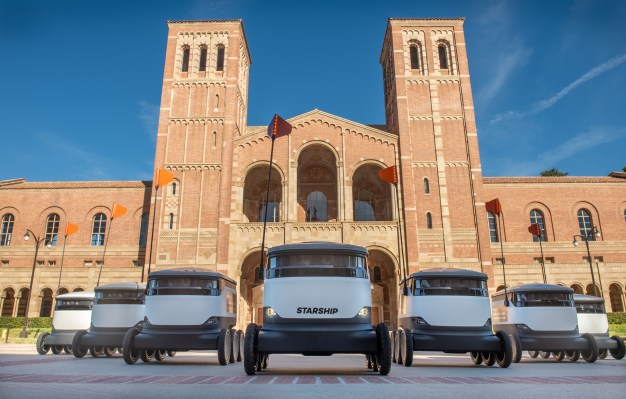 A year ago, Starship Technologies had a couple hundred autonomous bots delivering burritos and pizzas to  students on college campuses and residents in a few neighborhoods.

The company — with $17 million of new capital in its coffers — has expanded its fleet five-fold since COVID-19 swept through the European and North American markets that it operates in. While COVID-19 delivered pain and chaos, including to Starship Technologies, the company has also experienced an uptick in demand as restaurants switched to a takeout and delivery-only model. Starship now has 1,000 autonomous delivery bots in its fleet.

Starship Technologies said last year it planned to expand to 100 universities by late summer 2021. That’s a leap from the 15 campuses it operates at today. Still, the company is expanding in just about every measurable way, including locations, volume of trips, fleet size and workforce, which now number 400 people. The company said it is bringing new college campuses on every month and has a robust pipeline that will come online as classes resume.

The company’s recent $17 million raise, which was announced Tuesday, included investors TDK Ventures and Goodyear Ventures. The new investment brings Starship’s total funding to $102 million. Starship decline to share its valuation. The company also announced it has expanded to UCLA and Bridgewater State University in Massachusetts. 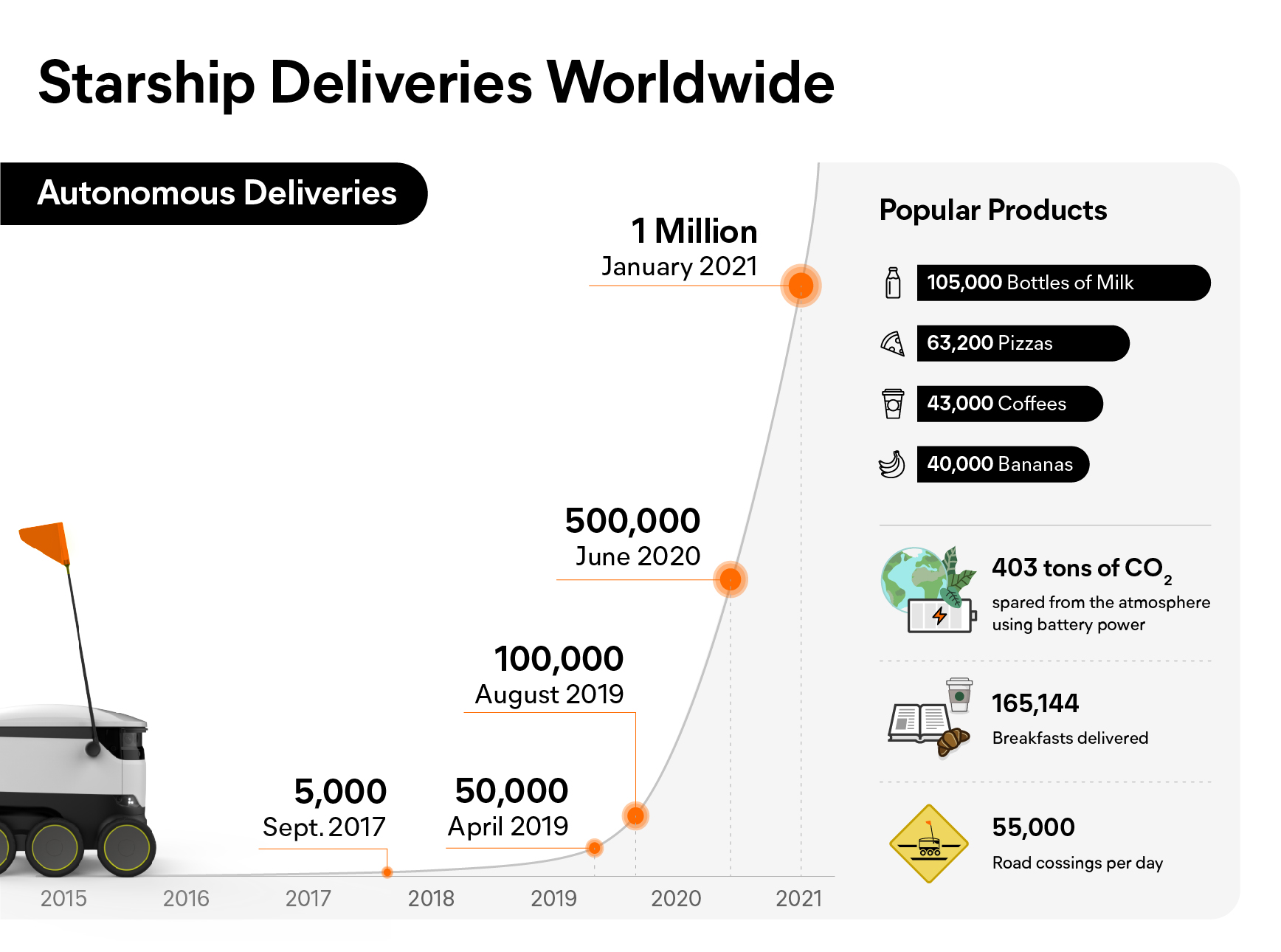 Starship Technologies, which was launched in 2014 by Skype co-founders Ahti Heinla and Janus Friis, has grown from an enterprise that completed 5,000 deliveries in 2017 to 1 million by January of this year. It’s also expanded beyond college campuses and communities like Milton Keyes, UK to more towns, including a 5,000-household area in Northhampton, UK and the California cities of Mountain View and Modesto.