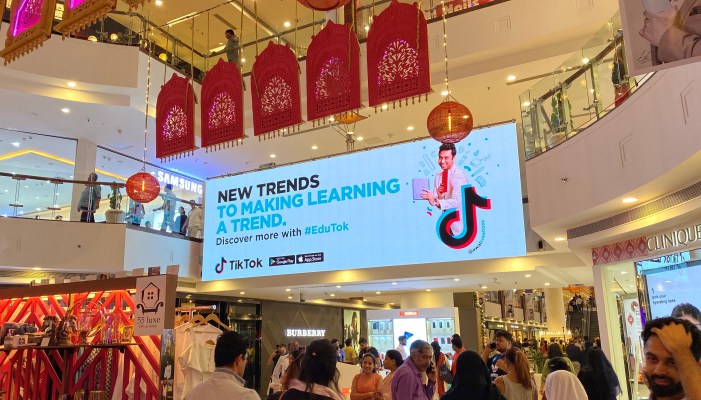 TikTok, UC Browser, UC News, Baidu Map, Xiaomi’s Video and Community and 53 other Chinese apps that India banned in late June won’t be returning to the country anytime soon, the Indian government has decided, a source familiar with the matter told TechCrunch.

Last week New Delhi told the parent firms of these apps that it wasn’t satisfied with the responses they had provided so far to address cybersecurity concerns charged against them, the source said, requesting anonymity as the communication is private.

Citing this reason, New Delhi has said that it will retain the ban on these apps, but it has not completely shut communication channels with the firms, the source said. Indian media reported last week that the country, which is the world’s second largest internet market with over 600 internet users, was making the ban permanent.

Beginning in late June, India banned over 200 apps including PUBG Mobile with links to China last year amid geo-political tension between the two neighboring nations. All these apps engaged in activities that posed threats to “national security and defence of India, which ultimately impinges upon the sovereignty and integrity of India,” the nation’s IT ministry has said.

New Delhi has so far only sent feedback about the responses to the apps that were banned in late June.

TikTok has been the most high-profile app to be banned by India. ByteDance’s crown app had more than 200 million users in India prior to being blocked in the nation. Despite the ban, the company has retained most of its India-based employees so far.

A source told TechCrunch that ByteDance operates several properties in India including a productivity suite called Lark that remains operational in the country and the team continues to develop these apps. This information has not been previously reported. (UC Browser, too, was once very popular in India, though the rising popularity of Google’s Chrome browser put an end to the Chinese app’s dominance in the country.)

Despite the ban, TikTok and several of the blocked Chinese apps still maintain millions of users in the country who are using specialized software such as virtual private networks to access them. TikTok had over 5 million active users (MAU) in India last month, and PUBG Mobile over 15 million, according to mobile insight firm App Annie, data of which an industry executive shared with TechCrunch.

TikTok said it was reviewing New Delhi’s notice. “We continually strive to comply with local laws and regulations and do our best to address any concerns the government may have. Ensuring the privacy and security of all our users remains to be our topmost priority,” a spokesperson said.

The ban — as well as the whole U.S. drama about a potential block — hasn’t made much impact on ByteDance’s financials. The Information reported on Tuesday that ByteDance more than doubled its revenue last year to $37 billion, and increased its operating profit to $7 billion, from $4 billion in 2019.

American and Chinese firms have rushed to India in the past decade in search for their next billion users. But the South Asian nation contributes very little to these firms’ bottom line. Kunal Shah, a serial entrepreneur in India, said at a conference in 2018 that the nation has become an “MAU farm” for many companies.

Regardless, since their ban, TikTok and PUBG Mobile have explored various ways to make a comeback in India. TikTok engaged in early investment talks with Reliance Industries, one of India’s largest conglomerates, and PUBG Mobile cut ties with game publisher Tencent and pledged to invest $100 million in India.