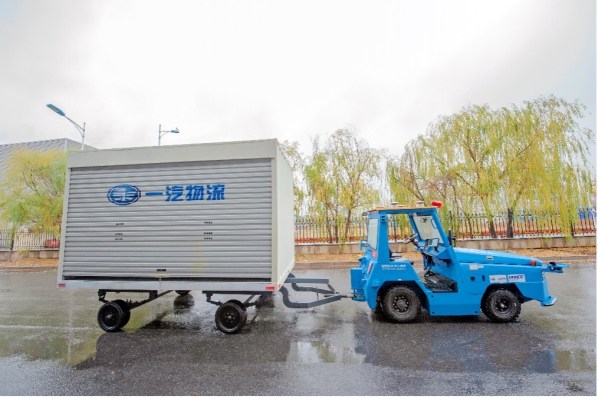 There is no lack of state funding for China’s smart driving startups nowadays as the country advances its goal to become a global leader in artificial intelligence in a decade’s time. The latest to get a financial boost is Uisee, a Beijing-based company founded by a group of tech veterans including the former head of Intel Labs China, Wu Gansha.

Uisee said Monday it has closed a funding round north of 1 billion yuan ($150 million) from investors including the National Manufacturing Transformation and Upgrade Fund, a $21 billion state-backed fund set up in 2019 to promote and upgrade the manufacturing value chain in China, with the Ministry of Finance as the biggest shareholder.

Five-year-old Uisee is the first autonomous driving company the Fund has ever backed, according to the announcement, and the firm is expected to help propel forward the public transit and logistics sectors and become a “benchmark” autonomous driving enterprise in China, said a manager from the Fund in a statement.

Unlike Mobileye or China’s Momenta, which sell advanced driver-assistance systems as they invest in the development of more advanced Level 4 driving, Uisee leapfrogs ADAS and focuses on unmanned driving, co-founder and CEO Wu Gansha said in a previous interview.

Uisee enables autonomous driving for cases ranging from robotaxis and city buses to airports and logistics hubs. It’s secured a handful of major customers, including the Hong Kong International Airport, which is using Uisee’s tech to automate its baggage tractors, alongside state-backed automakers FAW Group, Dongfeng Motor, and more.

The new funding round, which also counts a number of undisclosed “industrial investors,” will allow Uisee to ramp up research and development and promote the industry’s at-scale monetization.