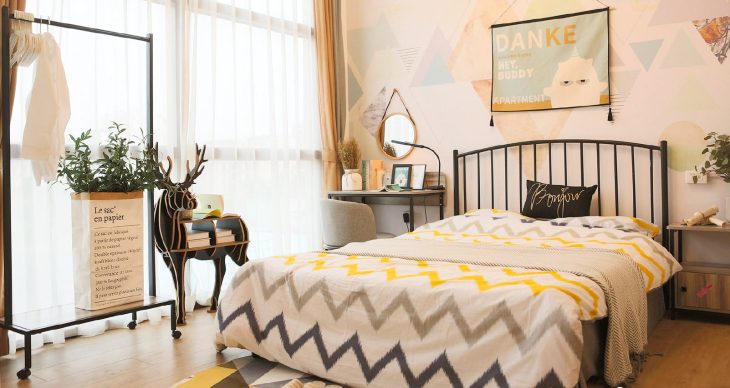 As financial troubles escalate at Danke, China’s authorities are stepping in to hold the once-promising apartment rental and sharing company accountable.

In recent weeks, landlords who did not receive payments from Danke, which functions as a sublessor, began to evict tenants. After a flurry of local reports exposing the firm’s massive debt, which is reported to be as high as $520 million, a district court in Shanghai placed Ziwutong Beijing Asset Management, the parent organization behind Danke, on the country’s “social credit” blacklist.

The Chinese government’s social credit system is a set of mechanisms aimed at improving the enforcement of existing laws and offenders can face restrictions in their daily activity. In Danke’s case, founder and chief executive officer Gao Jing has been barred from “heavy spending,” which includes everything from flying first-class, taking a high-speed train, buying property, going on vacation, to enrolling children in “expensive” private schools, according to a court notice.

The move came after a senior judge from China’s Supreme People’s Court told the press that Danke was under investigation by relevant authorities over its cash-flow problems.

Instead of the traditional rental model, Danke relies on an elaborate financing scheme to maintain cash flows. Tenants are offered price incentives to pay upfront for a year and induced to cover the sums by taking out loans, which are provided by Danke’s partner banks. Renters who refuse to sign up for the loans are asked to pay more.

With capital funded by the loans, Danke then pays the homeowners — but only on a monthly or quarterly basis. This gives the startup much financial flexibility to rent from landlords and spend on renovating apartments, which are then sublet to tenants at a markup.

When TechCrunch spoke to Danke’s angel investor and chairman Derek Shen last year about the firm’s financial risks, he had this to say: “There’s nothing wrong with the financial instrument itself. The real issue is when the housing operator struggles to repay, so the key is to make sure the business is well-functioning.”

“What is needed is stricter market supervision to prevent such cases from recurring,” said an opinion piece published in state-backed paper China Daily. “The involvement of banks and loans have made the risks even higher. Given how unsustainable Danke’s business model is, it is time financial supervision departments consider making stricter financial rules forbidding such risky practices.”

Listed in New York, Danke saw its shares plunge to $2 last month from a high of $13.5 when it went public in January. Year to date the company has only released its Q1 earnings report, which recorded a net loss of $174.3 million.

The financial turmoil also puts WeBank, Danke’s major partner bank, under the spotlight for its participation in a highly leveraged rental business in return for handsome interests. The Tencent-backed internet bank announced on social media that it would transfer loan obligations from tenants to Danke, which has been subsidizing renters’ loan interests to WeBank already. In the three months ended March, Danke paid a total of $7.9 million in interests related to “rent financing.”

Danke cannot be immediately reached for comment on the story.