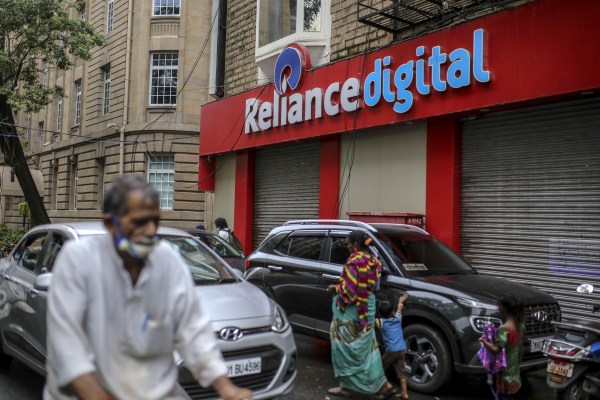 The Indian watchdog said on Friday it has approved the $3.4 billion deal between the nation’s two largest retail giants, Future Group and Reliance Retail, posing a new headache for American e-commerce group Amazon, which had raised objections over the deal.

The Competition Commission of India (CCI), the Indian antitrust body, said in a brief statement that it had approved the proposed acquisition of retail, wholesale, logistics, and warehousing businesses of Future Group, India’s second largest retail chain, by Reliance Retail, the largest chain — and one that is controlled by Asia’s richest man Mukesh Ambani.

Reliance Retail and Future Group announced their proposed deal, worth $3.4 billion, in late August. Amazon, which owns a stake in one of Future Group’s holding companies, has raised objections over the deal, alleging the Indian firm of engaging in insider trading and violating contracts. Amazon has argued that its contract with Future Coupons, one of Future Group’s holding companies, prohibited the Indian group from selling its assets to a competing firm like Reliance Retail.

Late last month, a Singapore arbitration court issued an order to temporarily halt the deal between the two Indian retail giants, but it has been unclear ever since how much water that order holds in India. Shortly after the court issued the order, Future Group and Reliance Retail said they were working to complete their deal “without any delay.”

Friday’s announcement is crucial. Amazon, which has invested over $6.5 billion in its India business, had requested the CCI and SEBI, the regulator of the securities and commodity market in India, to consider Singapore International Arbitration Centre’s order and block the deal.

Future Group is currently fighting with Amazon in a court in Delhi, where a lawyer for the Indian firm has used bizarre language to charge the American firm. On several occasions, the lawyer has likened Amazon’s effort to block Future Group’s deal to the East India Company, the British trading house whose arrival in India kicked off nearly 200 years of colonial rule.

Amazon did not immediately respond to a request for comment.

Future Retail has argued that its contract with Amazon is not valid in the deal with Reliance Retail, and that if the deal was prevents tens of thousands of people will be out of their jobs.

The deal between India’s two largest retail chains was also seen an opportunity for the CCI to review the entire value chain — wholesale, logistics, warehousing, and front-end retailing — of the retail industry. The clearance delivered today means that the antitrust body has concluded that the deal won’t have an adverse impact on competition in the relevant industry.