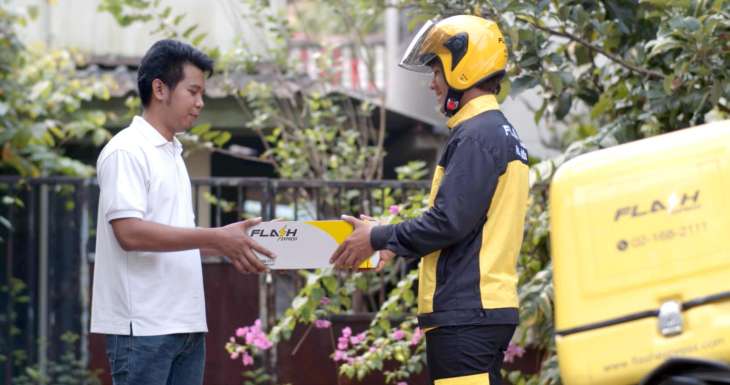 Flash Express, a two-year-old logistics startup that works with e-commerce firms in Thailand, said on Monday it has raised $200 million in a new financing round as it looks to double down on a rapidly growing market spurred by demand due to the coronavirus pandemic.

The funding, a Series D, was led by PTT Oil and Retail Business Public Company Limited, the marquee oil and retail businesses of Thai conglomerate PTT. Durbell and Krungsri Finnovate, two other top conglomerates in the Southeast Asian country, also participated in the round, which brings Flash Express’ to-date raise to about $400 million.

Flash Express, which operates door-to-door pickup and delivery service, claims to be the second largest private player to operate in this space. The startup, which also counts Alibaba as an investor, entered the market with delivery fees as low as 60 cents per parcel, a move that allowed it to quickly win a significant market share.

The startup has also expanded aggressively in the past year. Flash Express had about 1,100 delivery points during this time last year. Now it has over 5,000, exceeding those of 138-year-old Thailand Post.

Flash Express currently delivers more than 1 million parcels a day, up from about 50,000 during the same time last year. The startup says it has also invested heavily in technology that has enabled it to handle over 100,000 parcels in a minute by fully automated sorting systems.

Komsan Lee, CEO of Flash Express, said the startup plans to deploy the fresh funds to introduce new services and expand to other Southeast Asian markets (names of which he did not identify). “We are also prepared to create and develop new technologies to achieve even greater delivery and logistics efficiency. More importantly we intend to assist SMEs in lowering their investment costs which we believe will provide long-term benefit for the overall Thai economy in the digital era,” he said.

Flash Express competes with Best Express — which, like Flash, is also backed by Alibaba — and Kerry Express, which filed for an initial public offering in late August.

Even as online shopping and delivery has accelerated in recent months, some estimates suggest that the overall logistics market in Thailand will see its first contraction in the history this year. Chumpol Saichuer, president of the Thai Transportation and Logistics Association, said last month Thailand’s logistics business has already been hit hard by the slowing global economy.