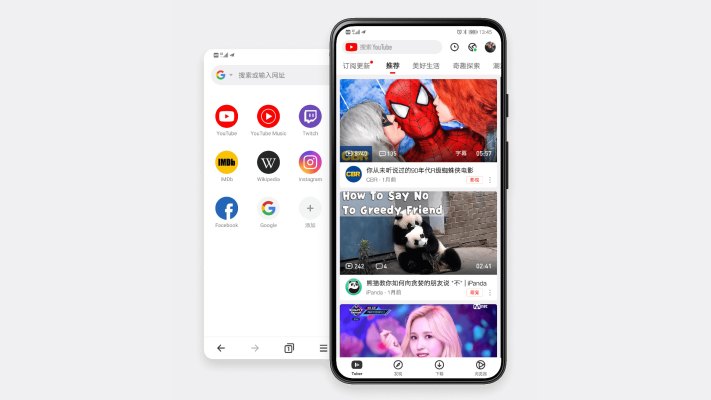 Called Tuber, the mobile browser debuted on China’s third-party Android stores this week, with an iOS launch in the pipeline. The landing page of the app features a scrolling feed of YouTube videos, with tabs at the bottom that allow users to visit other mainstream Western internet services.

While some celebrate the app as an unprecedented “opening up” of the Chinese internet, such as this state media journalist, others quickly noticed the browser comes with a veil of censorship. YouTube queries for politically sensitive keywords such as “Tiananmen” and “Xi Jinping” returned no results on the app, according to tests done by TechCrunch.

Using the app also comes with liabilities. Registration requires a Chinese phone number, which is tied to a person’s real identity. The platform could suspend users’ accounts and share their data “with the relevant authorities” if they “actively watch or share” content that breaches the constitution, endangers national security and sovereignty, spreads rumors, disrupts social orders or violates other local laws, according to the app’s terms of service.

Rather than blocking sites beyond the purview of Beijing and tracking the “illegal” use of VPNs to circumvent the Great Firewall, China now has an app that gives its people a glimpse into the Western internet — with the caveat that their digital footprint may be under close watch by the authorities.

Much about the service remains unclear, such as its origin, the motive behind it and the technology it uses to get past China’s elaborate censorship engine. The operator of the app’s official website (上海丰炫信息技术有限公司) is 70% owned by a subsidiary of Qihoo 360, a Chinese cybersecurity software giant, according to business registration information.

If Tuber appears to target YouTube watchers in China with its video-first interface, its sister product Sgreennet, available on both PC and mobile, is a regular web browser connecting users to censored overseas sites. Qihoo 360 itself has been in the Chinese browser market since 2008.

Based on VPN encryption technologies, Sgreennet allows “no one to track, collect or share a user’s private data,” the app claims in its product description. For an annual fee of around $50, the browser enables users to skip ads and download high-definition videos, perks that will likely touch a nerve with the likes of YouTube.

Within two days, Tuber has attracted over 5 million downloads just on Huawei’s Android app store. It’s safe to say tens of millions in China have already used the app to sample a heavily censored Western internet.

The story was updated on October 9, 2020 with background information.