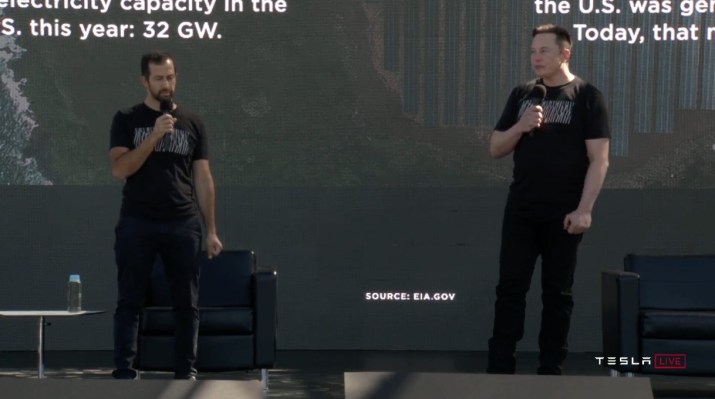 A little more than a year ago, during Tesla’s 2019 shareholder’s meeting, CEO Elon Musk said the company “might get into the business of mining minerals used in electric vehicle batteries.”

Today, during Tesla’s so-called Battery Day event, Musk confirmed that the company is taking the first official step by securing the rights to a 10,000-acre lithium clay deposit in Nevada.

The lithium mine is just one piece of Tesla’s broader plan to build a cheaper, more efficient battery that will ultimately allow it to lower the price of its vehicles. It’s also another example of Tesla aiming to bring its supply chain closer to its home.

Musk and Drew Baglino, the SVP of powertrain and energy engineering at Tesla, laid out the company’s plans and progress to eventually have 10 to 20 terawatt hours of annual battery production. At the heart of that plan is a new tabless battery cell that the company introduced at the event. But Baglino and Musk outlined other pieces to this larger mission, including a new manufacturing system that is still under development and plans to build infrastructure to support it.

The lithium mine as well as a proposed cathode facility, both of which will be in North America, will be two new additions to Tesla’s growing portfolio of factories and operations.

“We’re gonna go and start building our own cathode facility in North America and leveraging all of the North American resources that exist for nickel and lithium, and just doing that just localizing our cathode supply chain and production, we can reduce miles traveled by all the materials that end up in the cathode by 80%,” Baglino said.

Next to the proposed cathode plant will be a lithium conversion facility, according to Baglino, who added that the company is working on a new sulfate-free process that he claimed will reduce lithium costs by 33%.

It’s unclear where the cathode plant will be located or when it will built. However, if the aim is to bring the supply chain close together, it might end up being next to the plot of lithium clay that Tesla recently bought the mining rights to.

Mining the reactive alkali metal does have an environmental cost. But Musk claims the company has found a better process. Traditionally, mining lithium takes a lot of water. Miners will drill a hole in the land and pump brine to the surface where it’s then left to evaporate. What’s left is a mix of minerals like manganese and lithium salts. Those continue to be filtered until the lithium can be extracted.

Musk said they have a new process that can extract the lithium from ore using sodium chloride, or table salt.

“Nobody’s done this before, to the best of my knowledge, nobody’s done this,” Musk said, adding that all of the elements in the process are reusable. “It’s a very sustainable way of obtaining lithium.” He then said the land where the mining will take place “will look pretty much the same as before.”