Tuverl aims to bring order and access to transit in Africa 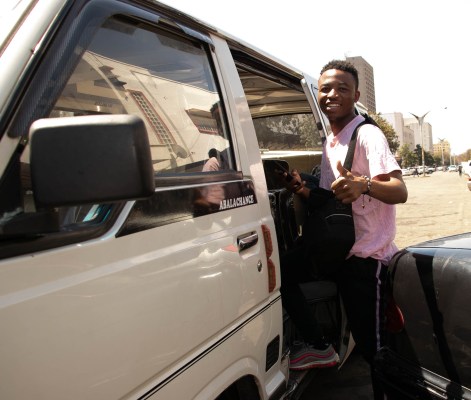 Africa may be a diverse continent overflowing with different cultures, languages and customs, but Tuverl co-founder and CEO Hope Ndhlovu says there is one experience — or industry — that is consistent from South Africa up to Egypt and everywhere in between. Public transportation is the same fragmented, disorganized ecosystem of millions of small-to-medium private enterprises throughout Africa.

These public transport operators can be as small as a one-person outfit with a single van or bus up to a larger enterprise of several vehicles. There are no schedules or any coordination, and minibus operators will often wait until they can fill their vehicle with passengers. Meanwhile, the industry only accepts cash and without a means to monitor the number of trips and passengers, fraud and simple poor accounting is rampant.

The upshot: public transportation is unreliable for commuters and unprofitable for the public transport operators. In this chaos, Ndhlovu and co-founder Bahlakoana Mabetha see opportunity.

Their Zimbabwe-based startup Tuverl, which debuted Tuesday at TechCrunch Disrupt Startup Battlefield, is an app aimed at streamlining public transportation. Public operators pay Tuverl a fee to join. From here, operators can use the app to manage their fleets and locate vehicles as well as process fares. Commuters, meanwhile, can use the app to track intra-city buses and minibuses in real time, book trips, hail taxis on-demand and pay for their public transportation. Passengers can also rate and review their trips.

The app was released as a beta version in the Google Play Store in February and has 30 public transport operators and 253 commuters. Tuverl plans to expand as COVID-19 lockdown measures ease.

For now, Ndhlovi and Mabetha are focused on Zimbabwe. But the Harvard University grads have a grander vision for Tuverl.

“My motivation really was to try to improve public transportation for the ordinary person because it really makes a different in their lives,” Ndhlovi told me in a recent interview, adding that as a young student he was typically late for school because of inefficient public transport. “We need to build up operations in Zimbabwe and get some traction there. But we essentially want to make this an African thing. We want to be in every African country.”