SoftBank could make, gasp, a profit on its expected sale of Arm for $40B 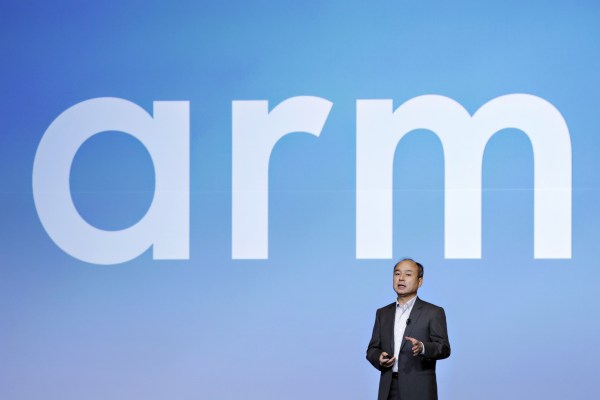 While the big deal we have been tracking the past few weeks has been TikTok, there was another massive deal under negotiation that mirrors some of the international tech dynamics that have plagued the consumer social app’s sale.

Arm Holdings, which is the most important designer of processor chips in smartphones and increasingly other areas, has been quietly shopped around as SoftBank works to shed its investments and raise additional capital to placate activist investors like Elliott Management. The Japanese telco conglomerate bought Arm outright back in 2016 for $32 billion.

Now, those talks look like they are coming toward a conclusion. The Wall Street Journal first reported that SoftBank is close to locking in a sale to Nvidia for cash and stock that would value Arm at $40 billion. The Financial Times this afternoon further confirmed the outlines of the deal, which could be announced as early as Monday.

A couple of thoughts while we wait for official confirmation from Nvidia, Arm, and SoftBank.

First, Arm has struggled to turn its wildly successful chip designs — which today power billions of new chips a year — into a fast-growth company. As we discussed back in May, the company has ploddingly entered new growth markets, and while it has had some notable brand successes including Apple announcing that Arm-powered processor designs would be coming to the company’s iconic Macintosh lineup, those wins haven’t translated into significant profits.

SoftBank took a wild swing back in 2016 buying the company. If $40 billion is indeed the price, it’s a 25% gain in roughly four years. Given SoftBank’s recent notorious investing track record, that actually looks stellar, but of course, there was a huge opportunity cost for the company to buy such a pricy asset. Nvidia, which SoftBank’s Vision Fund bought a public stake in, has seen its stock price zoom more than 16x in that time frame, driven by AI and blockchain applications.

Second, assuming a deal is consummated, it’s a somewhat quiet denouement for one of the truly category-defining companies that has emanated out of the United Kingdom. The chip designer, which is based in Cambridge and has deep ties to the leading British university, has been seen as a symbol of Britain’s long legacy at the frontiers of computer science, in which Alan Turing played a key role in the development of computability.

Arm’s sale comes just as the UK government gears up for a fight with the European Union over its industrial policy, and specifically deeper funding for precisely the kinds of technologies that Arm was developing. Arm of course isn’t likely to migrate its workforce, but its ownership by an American semiconductor giant versus a Japanese holding company will likely end its relatively independent operations.

Third and finally, the deal would give Nvidia a dominant position in the semiconductor market, bringing together the company’s strength in graphics and AI processing workflows along with Arm’s underlying chip designs. While the company would not be fully vertically integrated, the combination would intensify Nvidia’s place as one of the major centers of gravity in chips.

It’s also a symbol of how far Intel has fallen behind its once diminutive peer. Intel’s market cap is about $210 billion, compared to Nvidia’s $300 billion. Intel’s stock is practically a straight line compared to Nvidia’s rapid growth the past few years, and this news isn’t likely to be well-received in Intel HQ.

Given the international politics involved and the sensitivity about the company, any deal would have to go through customary antitrust reviews in multiple countries, as well as potential national security reviews in the UK.

For SoftBank, it’s another sign of the company’s retrenchment in the face of extreme losses. But at least for now, it has a likely win on its hands.