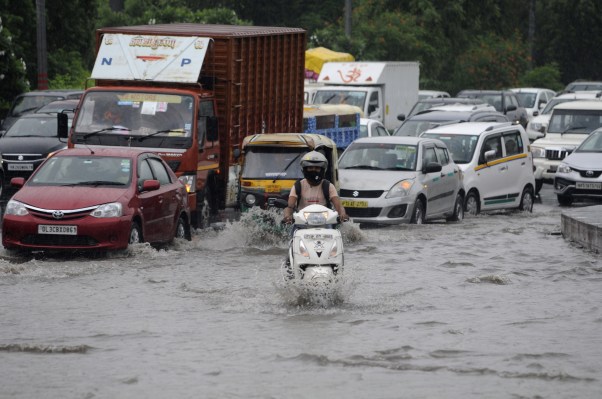 India, the world’s second most populated nation, sees more than 20% of the global flood-related fatalities each year as overrun riverbanks sweep tens of thousands of homes with them. Two years ago, Google volunteered to help.

In 2018, the company began its flood forecasting pilot initiative in Patna — the capital of the Indian state of Bihar, which has historically been the most flood-prone region in the nation with over 100 fatalities each year — to provide accurate real-time flood forecasting information to people in the region.

For this project, Google has not worked in isolation. Instead, it has collaborated with India’s Central Water Commission, Israel Institute of Technology, and Bar-Ilan University. It also works with the Indian government to improve how New Delhi collects data on water levels. They have installed new, electronic sensors that automatically transmit data to water authorities.

The company also said it has partnered with the Water Development Board of Bangladesh, which sees more floods than any other country in the world, to expand its initiative to parts of India’s neighboring nation. This is the first time Google is bringing Flood Forecasting Initiative outside of India. 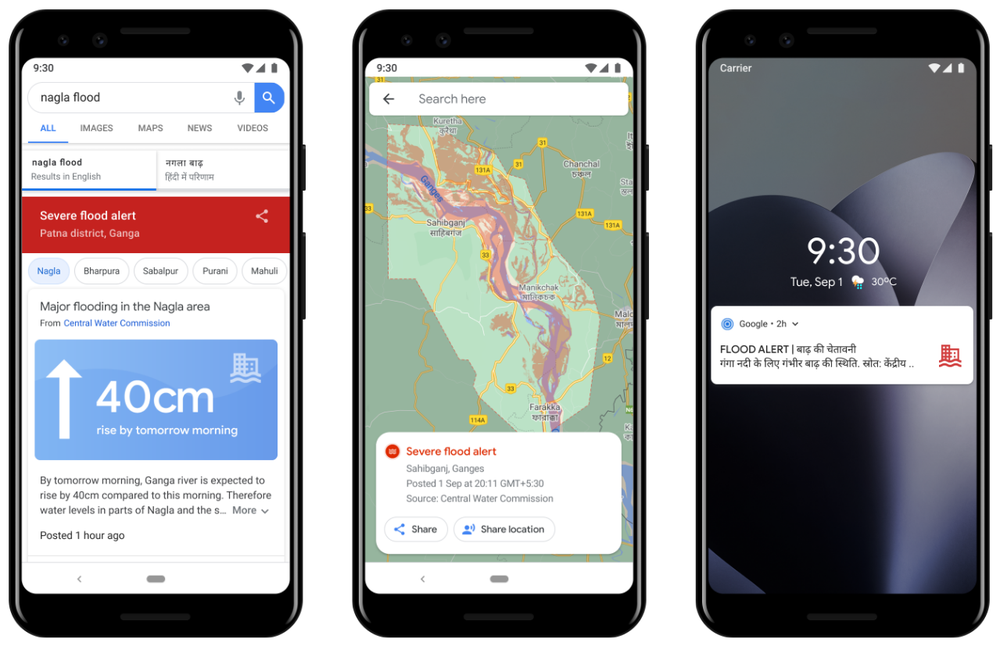 Part of the job is to deliver this potentially life-changing information to people. In India, the company said it has sent out 30 million notifications to date in flood-affected areas. It says its initiative can help better protect more than 200 million people across more than 250,000 square kilometers (96,525 square miles). In Bangladesh, Google’s model is able to cover more than 40 million people, it said.

“We’re providing people with information about flood depth: when and how much flood waters are likely to rise. And in areas where we can produce depth maps throughout the floodplain, we’re sharing information about depth in the user’s village or area,” wrote Yossi Matias, VP of Engineering and Crisis Response Lead at Google.

But the company says it found that there was room for more improvement. This year, Google said it overhauled the way its alerts look and function to make it more accessible to people. It also added support for Hindi, Bengali, and seven other languages, and further localized the messaging in the alerts. It has also rolled out a new forecasting model that doubles the warning time of many of its alerts.

Moving forward, the company said its charitable arm Google.org has started a collaboration with the International Federation of Red Cross and Red Crescent Societies to build local networks and deliver alerts to people who otherwise wouldn’t receive smartphone alerts directly.

“There’s much more work ahead to strengthen the systems that so many vulnerable people rely on—and expand them to reach more people in flood-affected areas. Along with our partners around the world, we will continue developing, maintaining and improving technologies and digital tools to help protect communities and save lives,” wrote Matias.