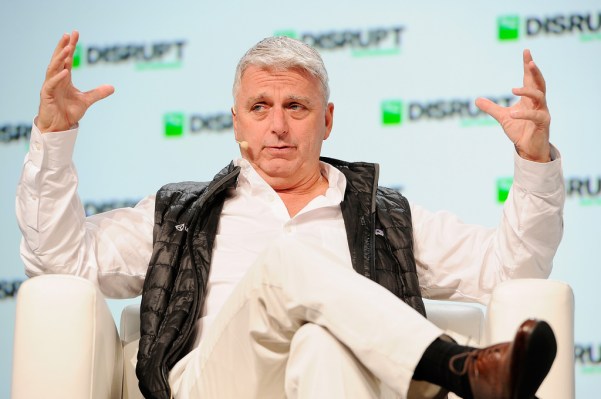 A big payday is on the way for Sequoia and its partners, assuming they beat the final boss.

Today after much anticipation, video game engine Unity filed its Form S-1 with the SEC as it prepares a roadshow to go public in the coming weeks. We discussed quite a bit about Unity’s business fundamentals, product design, origin story, and more late last year on Extra Crunch, so definitely check out that deep dive article for more background on the game engine and simulation company.

Now that the ownership information is out though, it’s clear that there is going to be one huge winner in the IPO, and that is Sequoia.

According to the docs, Sequoia’s total ownership of the company is roughly 24.1% today. The company was last valued at around $6 billion in mid-2019, and we will see how the shares perform with investors in the coming week. But owning nearly one quarter of billions of dollars is a huge return for the venture capital firm.

The other major VC investor was Silver Lake, which owns 18.2% of the company after an initial 2017 investment that was labeled as “up to $400 million.” Among founders and execs, David Helgason, Unity’s founder and current board member, owns 4.4% and John Riccitiello, Unity’s current CEO, owns 3.4%. The filing says that there are a total of 782 shareholders on record.

What’s interesting about Sequoia’s stake is how much it has grown over the years since the firm’s initial Series A investment into Unity more than a decade ago back in 2009. Take a look at this table of all of Sequoia’s investments from its various funds over the years: 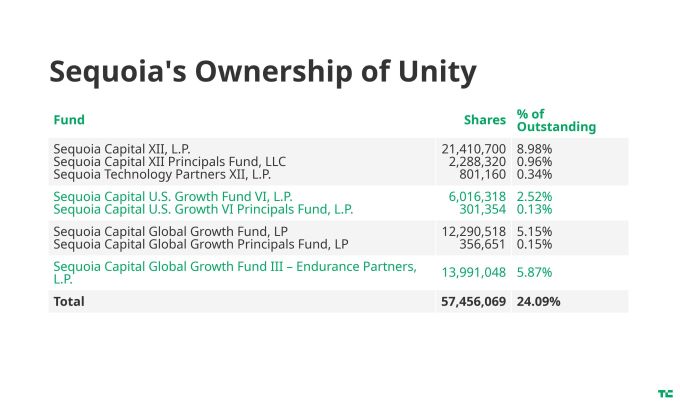 While Sequoia did indeed get in early with the video game platform, what’s been key for it over the years has been buying up additional shares through growth investing as well as buying out common shares, presumably from earlier investors, employees, and perhaps founders as well. It’s original investment out of its twelfth fund owns 10.28%, but its growth funds collectively own another 13.82%.

Finally, here’s a chart of Unity’s share price growth since its Series A all the way up to the present day: 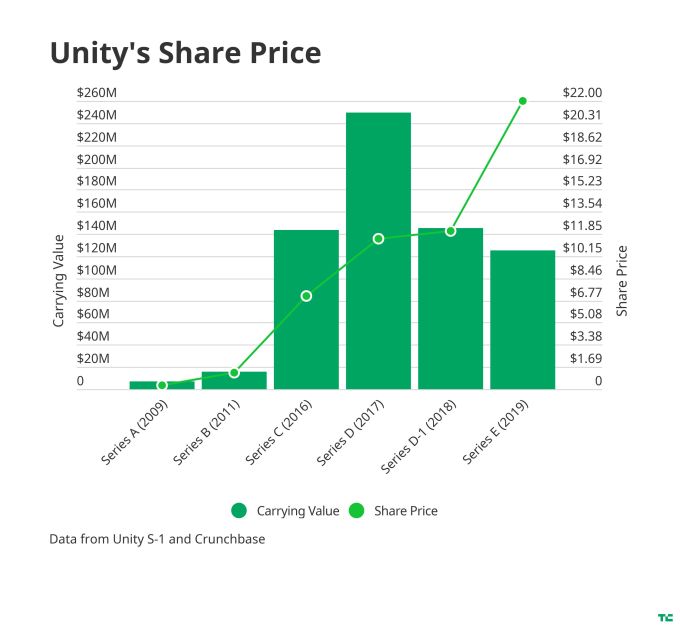 Unlike Palantir’s numbers, which we reported on Friday from a leaked copy of its S-1 filing, Unity has shown a relatively up and to the right exponential growth curve in price over the last ten years, with a huge gap in funding between its Series B in 2011 and Series C in 2016. Now, let’s see how the public markets react.