VW kicks off production of its all-electric SUV, the ID.4 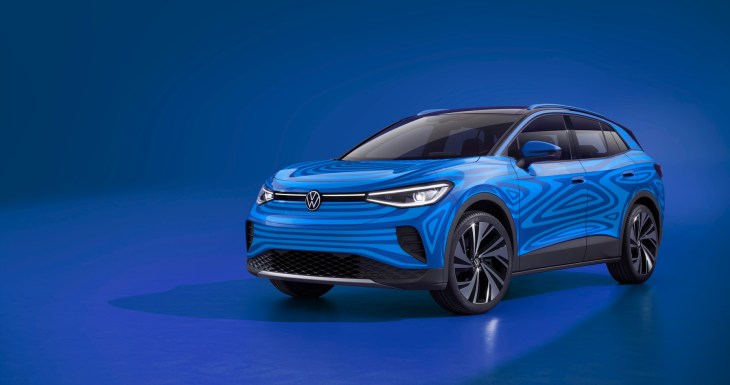 Volkswagen has started series production of the ID.4, an all-electric SUV and the first under the automaker’s new ID label to be headed to the United States.

Series production of the ID.4 kicked off Thursday at the company’s Zwickau factory in Germany ahead of the vehicle’s world premiere that is scheduled for September. The ID.4 follows the ID.3, the first model in Volkswagen’s all-electric ID brand and the beginning of the automaker’s ambitious plan to sell 1 million EVs annually by 2025. A production version of the ID.3 was unveiled in September 2019. Deliveries for the ID.3 will begin in September.

The ID.4 is also the second electric vehicle to use the German automaker’s MEB platform, a flexible modular system — really a matrix of common parts — for producing electric vehicles that VW says make it more efficient and cost-effective. The ID.3, an electric hatchback that will only be sold in Europe, is the first vehicle to be based on the MEB platform.

Two factories in China will begin production of the ID.4 this year, according to Thomas Ulbrich, a VW Group board member responsible for e-mobility. The company’s factory in Chattanooga, Tennessee will start ID.4 production in 2022.