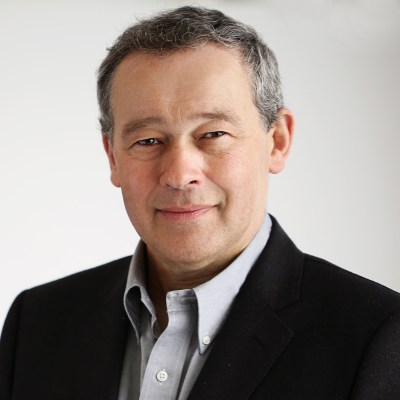 Lucid Motors will unveil its long anticipated all-electric luxury electric Air sedan on September 9, a vehicle that promises to have at least 517 miles on a single charge. The company has been toiling away for years now, pushing forward battery technology and raising money to fund its ambitious plans.

Lucid is now poised to make its mark on the EV landscape. Which is why we’re excited to announce that Peter Rawlinson, the CEO and CTO of Lucid Motors will join us on our virtual stage at TC Sessions: Mobility. The virtual event will occur over two days on October 6 and October 7, and will build off of last year’s inaugural event.

In short, Rawlinson has institutional knowledge — and probably some good stories — about what works and what doesn’t when building a car company. While on our virtual stage, Rawlinson will discuss Lucid Motors and plans for the automaker’s future as well as the electric vehicle industry and maybe some of those interesting stories from his days at Tesla, Jaguar and Lotus Cars.

In case you’re wondering, this won’t just be one long webinar. We have some technical tricks up our sleeves that will bring all of what you’d expect from our in-person events, from the informative panels and provocative one-on-one interviews to the networking and even a pitch-off session. While virtual isn’t the same as our events in the past, it has provided one massive benefit: democratizing access.

If you’re a startup or investor based in Europe, Africa, Australia, South America or another region in the U.S., you can listen in, network and connect with other participants here in Silicon Valley.

Get your tickets for TC Sessions: Mobility to hear from Bryan Salesky, along with several other fantastic speakers from Porsche, Waymo, Lyft and more. Tickets are just $145 for a limited time, with discounts for groups, students and exhibiting startups. We hope to see you there!