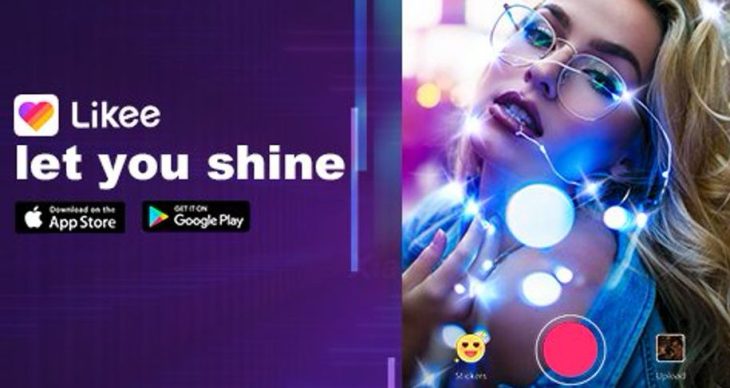 As TikTok’s fate remains in flux, its smaller rival Likee has been making waves around the world, garnering 150 million monthly active users as of this June.

That’s according to the earnings report of Chinese internet company Joyy, the owner of Likee. For comparison, TikTok recorded about 200 million daily active users in early 2020, an investor with knowledge told TechCrunch. That means its MAU will be much bigger, and TikTok has seen explosive growth since the COVID-19 outbreak that kept people home. Even as a potential ban and forced sale loom in the U.S., TikTok’s growth has only slid slightly.

Likee has something different to offer, as it allows influencers to easily make money from virtual gifts they receive from fans, The Ken acutely observed (paywalled). TikTok, on the other hand, prioritizes content consumers.

“I do think creators want to be paid and monetization helps,” Adam Blacker, a vice president at app analytics firm Apptopia, told TechCrunch.

Like TikTok, Likee is not immune from scrutiny over apps with Chinese roots. India was Likee’s biggest market before the app was banned from the country alongside TikTok and dozens of other Chinese-owned apps. Likee’s sister app Bigo Live also got shut down by the Indian government.

Nonetheless, Joyy said it has shifted its focus from India to other markets by reducing sales and marketing expenditure in the region, so even though the regional ban will have a short-term impact on user size, it “does not impact the overall strategy and monetization for Likee,” said Joyy’s chief financial officer Bing Jin on the firm’s Q2 analyst call.

Likee is also growing rapidly in Russia and Indonesia. In anticipation of ongoing geopolitical risks, Likee is “cooperating with various local governments” and “enhancing our local operations,” said Jin.

Joyy, a Nasdaq-listed company, remains little-known outside its home market. Founded back in 2005, Joyy popularized the phenomenon of virtual gifting in livestreaming through its flagship site YY. Audiences can gift influencers virtual ‘flowers’ and the likes, which they can then convert into cash. YY’s monetization model was so successful that it spawned livestreaming rivals of all sorts. When the market saturated, Joyy turned overseas.

In 2016, Joyy’s founder and chief executive officer Li Xueling started Bigo in Singapore as a separate entity so it would not be subject to the same investor pressure as a public company. Livestreaming app Bigo Live debuted in hope of replicating YY’s success, and when short videos became all the rage, Bigo rolled out Likee. Between June 2019 and June 2020, Likee gained 70 million MAUs around the world.

As of June, Joyy as a whole reached 457 million mobile MAUs, with as many as 91% of them coming from non-China markets. As Bigo became a revenue generator, Joyy consolidated it into the balance sheet after a full acquisition last year.

Bigo’s healthy overseas growth should spell confidence for Joyy. But when Li was asked by local media whether he wanted to fight with TikTok for dominance, he said his company “won’t be able to beat it.” He went on to humbly remark that Zhang Yiming, the founder of TikTok parent ByteDance, “is the most far-sighted person I’ve ever seen.”