Amid a crowded market of mobile banking services, which will soon also include Google, U.S. challenger bank Current is launching a new program that will offer points-based rewards to its checking account customers. The program will allow Current members to earn up to 15x points on everyday debit card purchases at over U.S. 14,000 merchants, including national retailers like Subway, Rite Aid, True Value, Cold Stone Creamery, and others.

The points program is an alternative to other credit cards’ “cashback” offerings, which reward users immediately with cash they can keep or apply to their next bill. Instead, Current’s points will accumulate under a user’s account to certain thresholds, then can be redeemed for cash at a rate of 100 points per dollar. They can also be used for subscriptions.

At the moment, the points can be applied only to Current’s own membership subscription — the service offers a Premium tier for $5 per month — but further down the road, the company envisions using points to pay for a wide variety of subscription services. 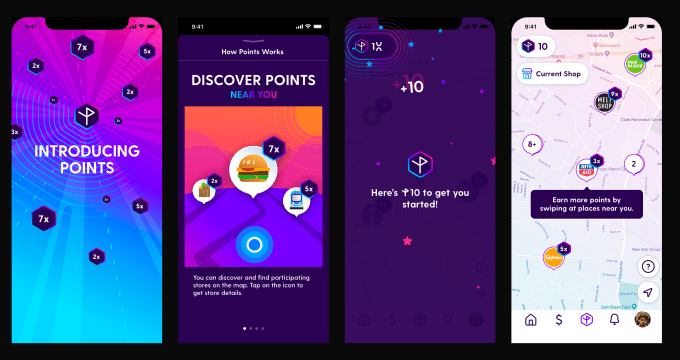 At launch, Current says around 50% of its user base lives within 2 miles of an offer, but it’s working to get that number to 100%. In addition, Current’s users tend to be out and about in their city, even amid the pandemic, as the majority (around 80%) are classified as “essential workers.” This includes those who work in logistics-related fields, like Walmart, Amazon, Instacart, Doordash, Uber, and Lyft, as well as nurses, military, and government workers.

Because of their jobs, they’re more likely to be out getting gas or eating at restaurants, where they could easily gain points. Current estimates its members will save $165 per year in cash back just from their gas purchases alone, for example.

The company is the first neobank to roll out a points-based rewards program in the U.S., it says. Though plenty of U.S. credit cards offer points or cashback programs, the large market of debit card users is typically ignored. (There are a few rewards-based debit cards, but they’re few and far between).

However, the program will also allow Current to stand out among a growing number of alternative banking apps that are starting to all look the same thanks to a baseline of consumer-friendly features like no-fees banking, free cash withdrawals, and modern mobile budgeting tools, among other things.

“If it means competitively — compared to Varo, Chime, Square and Venmo — that users in an increasingly crowded market see there’s more value with us, then that’s great,” notes Sopp. “We’re very proud to stick our head out and say, we’re the first and only fintech challenger bank to offer points,” he says. 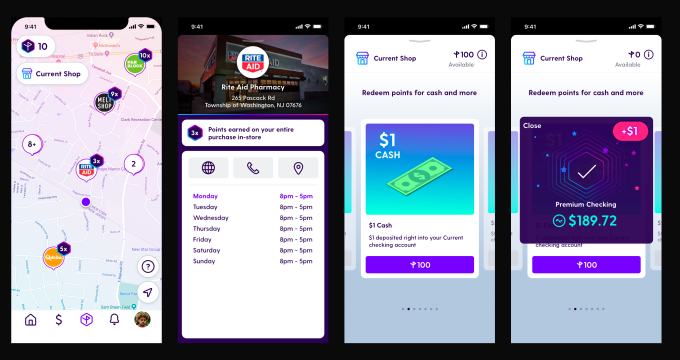 The points program, over time, will also help to generate additional revenue for Current as it establishes a relationship between the bank and merchants — something that could prove valuable as Current expands its product line-up.

At the moment, Current is leveraging several undisclosed third-parties to help power its points program, combined with internal efforts — the latter focused on onboarding the larger brands. Over time, as the points program grows, Current hopes its merchant partners will pay for the privilege of having their offers surfaced to those users who are most likely to redeem them.

Sopp says this wouldn’t involve sharing users’ personal data, but rather would focus on targeting offers more appropriately to end users. For instance, an offer for a restaurant may appear around lunch time. Offers could also be more precisely geolocated, on an opt in basis, so you’ll get an alert to an offer as you walk in a store.

The points program is rolling out now to Current’s 1.3 million members, both Basic (free) and Premium (paid). Combined, Current users have deposited over $1 billion to date in the mobile bank.