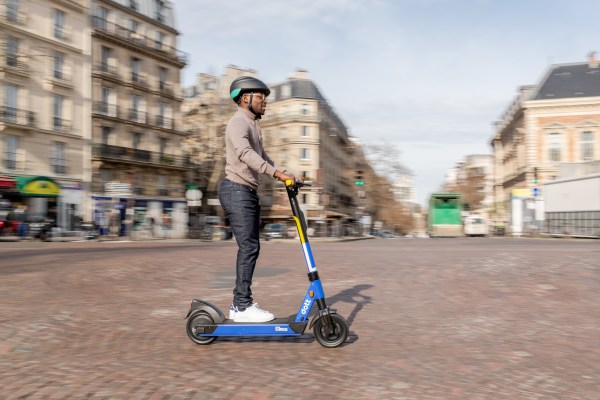 American micromobility startups Lime along with European competitors Dott and Tier Mobility have won permits to operate shared electric scooters in Paris, following a seven-month tender process that had as many as 16 companies vying for a spot.

Paris is one of a handful of cities in the world that have become key battlegrounds over market share in the shared micromobility market. The permits are a critical win for Dott, Lime and Tier. It conversely represents a major loss for U.S.-based Bird, which just a year ago made a big bet on the French market and announced plans to open up its biggest European office in Paris. Bird said at the time that it wanted to hire 1,000 people by mid-2021.

Other companies that applied for the permit included Bolt, Comodule, Spin, Voi and Wind.

The three operators will each be allowed to deploy 5,000 scooters in Paris for two years. The city is creating 2,500 dedicated parking spots for the devices in an effort to avoid clutter on sidewalks, a primary complaint in cities that have allowed shared scooters companies to set up shop.

Paris mayor Anne Hidalgo made the announcement via Twitter. A complete translation of the three tweets are below.

I remind scooter users that they should respect pedestrians and the rules of the road during their trips and that they should park in the allocated areas: 2,500 dedicated parking spots are currently being created in Paris.

All three scooter companies have made a variety of environmental and social pledges for its operations in Paris and beyond in an effort to win over cities and shore up their business models. For instance, Lime said in a blog post Thursday that it powers its warehouses with local renewable energy, employs an extensive repair and reuse program with local labor, recycles 97% of materials at end of life, and operates a certified CarbonNeutral fleet in accordance with the CarbonNeutral Protocol.

Dott and Tier have made similar commitments. Dott said each of its scooters will be equipped with a removable battery, recharged with renewable energy and serviced entirely by its own local full-time employees. Dott said it plans to offer fixed-price tickets in Paris for access to its scooters with round-trip passes costing €3.99 and 7-day unlimited unlocking pass at €2.9. Unlocking fee usually €1/trip.

Earlier this month, Dott, Tier and Voi announced a sustainability coalition that makes 10 environmental and social pledges, including commitments to not use gig economy workers in any market, use at least 20% recycled material in all new e-scooters from 2021 and as of this year, for all new scooters to have swappable batteries.