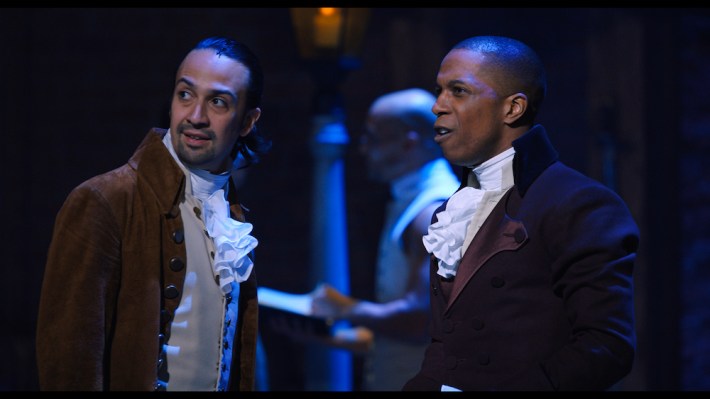 With the release of “Hamilton” on Disney+, Jordan and Darrell finally got to watch the musical biography of Founding Father Alexander Hamilton — albeit in recorded form, rather than live on-stage.

And as we discuss on the latest episode of the Original Content podcast, they were pretty delighted by what they found. Not that a Broadway hit that’s won virtually every award really needs defenders at this point — but the Disney+ version is beautifully filmed, and it’s nice to see that five years later, “Hamilton” still works for new viewers.

Anthony, meanwhile, saw the show back in 2015 and has listened to the soundtrack many, many times. But after years of reading about “Hamilton” rather than experiencing it directly, Disney+ gave him a chance to rediscover how virtuosic and entertaining the show is from beginning to end, with one memorable song after another.

We did have a few reservations, about composer Lin-Manuel Miranda’s decision to cast himself as Hamilton, and about the show’s politics — we certainly appreciated its attempt to reclaim the founding story of the United States as a story for immigrants and people of color, but as others have pointed out, downplaying slavery and uncritically celebrating the creation of America’s financial institutions feels a bit strange, at least in 2020.

If you’d like to skip ahead, here’s how the episode breaks down:
0:00 Introduction
0:21 “Hamilton” review
30:52 “Hamilton” spoiler discussion