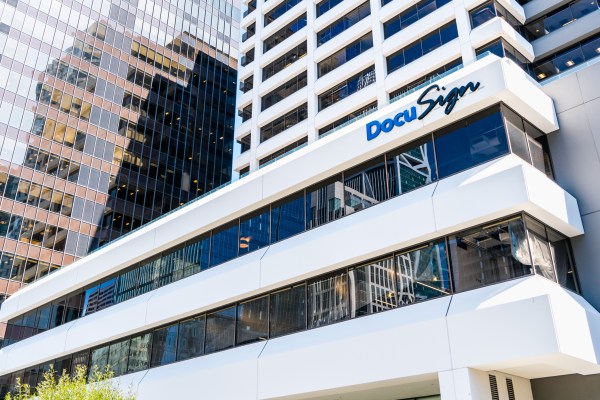 Even in the best of times, finding a notary can be a challenge. In the middle of a pandemic, it’s even more difficult. DocuSign announced it has acquired Liveoak Technologies today for approximately $38 million, giving the company an online notarization option.

At the same time, DocuSign announced a new product called DocuSign Notary, which should ease the notary requirement by allowing it to happen online along with the eSignature. As we get deeper into the pandemic, companies like DocuSign that allow workflows to happen completely digitally are in more demand than ever. This new product will be available for early access later in the summer.

The deal made sense given that the two companies had a partnership already. Liveoak brings together live video, collaboration tooling and identity verification that enables parties to get notarized approval as though you were sitting at the desk in front of the notary.

Typically, you might get a document that requires your signature. Without electronic signature, you would need to print it, sign the document, scan it and return it. If it requires a notary, you would need to sign it in the notary’s presence, which requires an in-person visit. All of this can be streamlined with an online workflow, which DocuSign is providing with this acquisition.

It’s like the perfect pandemic acquisition, making a manual process digital and saving people from having to make face-to-face transactions at a time when it can be dangerous.

Liveoak Technologies was founded in 2014 and is part of the Austin, Texas startup scene. The company raised just under $28 million during its life as a private company. The firm most recently raised $8 million at a post-money valuation of $30.4 million, according to PitchBook data. Given the amount that DocuSign paid for the startup, it appears to have gotten a bargain.

This acquisition is part of a growing pandemic acquisition trend of sorts, where larger public enterprise companies are plucking early-stage startups, in some cases for relatively bargain prices. Among the recent acquisitions are Apple buying Fleetsmith and ServiceNow acquiring Sweagle last month.